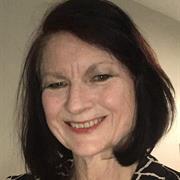 Are you Angela Arthington?

Angela joined the School of Australian Environmental Studies at Griffith University in 1975 and it has been her academic home ever since. A decade of research on stream and river fish communities and flow regimes in Queensland’s coastal rivers produced the award winning text “Freshwater Fishes of North-Eastern Australia (Pusey, Kennard and Arthington, CSIRO Publishing, 2004). Environmental flows research began at this time, starting with the concept of holistic ecosystem frameworks for assessment of water flows to support river fish communities and ecosystems. Angela has contributed to several global environmental flow frameworks (Building Block Methodology, DRIFT and ELOHA). In 2012 she published “Environmental Flows: Saving Rivers in the Third Millennium” (University of California Press file:///C:/Users/s2259/Downloads/Arthington2012.EnvironmentalFlows.BookAbstractTableofContentsandReviews.pdf). It was a thrill to receive the “Making a Difference Award” from the US Instream Flow Council during their 2015 Flows Conference in Portland, USA. In 2018 Angela led a synthesis “Recent advances in environmental flows science and water management - Innovation in the Anthropocene”, published as part of a Special Issue of Freshwater Biology [https://onlinelibrary.wiley.com/doi/full/10.1111/fwb.13108]. More recently, Angela led a team of experts who produced “The Brisbane Declaration and Global Action Agenda on Environmental Flows (2018)” [https://doi.org/10.3389/fenvs.2018.00045], an updated blueprint and way forward to protect and restore the water regimes of freshwater ecosystems, including groundwater and estuarine systems depended on freshwater flows. Angela is presently working for the Commonweath Government on research and monitoring protocols for rivers and wetlands of the Lake Eyre Basin, where natural flow regimes drive boom and bust cycles of fish and other populations. This vast arid-zone system, still relatively natural in character and flow regimes, is her favourite research locale. Angela continues to publish, review, edit and offer advice on fish / river ecology and environmental flows. A Special Issue on “Springs of the Great Artesian Basin” is in progress.