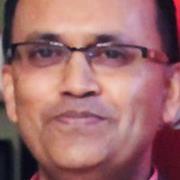 Dr Parmendra Sharma is a senior lecturer in Griffith University’s Department of Accounting, Finance and Economics, teaching banking and finance courses. Dr. Sharma is the founding Chair of the South Pacific Centre for Central Banking [https://www.griffith.edu.au/asia-institute/our-research/south-pacific-centre-central-banking] and its precursor, the South Pacific Studies Group. He has published in international journals, obtained competitive grants and supervised PhD candidates. Over the past several years, Dr. Sharma has established and developed strong, viable and sustainable relationships with the South Pacific’s central banks of Fiji, Papua New Guinea, Solomon Islands and Vanuatu—key policy-making institutions in the areas of financial and private sector and also the largest of economies in the region. The uniqueness of the relationships is that the end goal is to help make the central bankers independent researchers and to formulate policies founded on sound scientific research. The capacity building program that Dr. Sharma leads covers a wide range of research related activities, including joint working papers, joint journal publications, seminars, symposiums, conferences, as well as media coverage. He has also successfully convened two DFAT Fellowships in Brisbane with the central banks of Fiji in 2015 and Fiji and Vanuatu in 2018. Key stakeholders of the program include the Reserve Bank of Australia, Reserve Bank of New Zealand, ADB, World Bank, DFAT, and IMF. The program has been described as an effective apolitical means of engagement between the region and Australia as well as facilitating greater collaboration and cooperation among the region’s central banks, including at the Governors level. Dr. Sharma’s work has been acknowledged by a number of prominent institutions including a recent IMF invite to a high level dialogue in Fiji on the region’s pathways for growth, public finances, capacity development, financial stability and new technologies