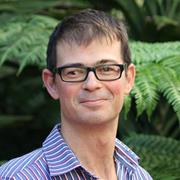 Are you Peter Denney?

Peter Denney is a senior lecturer in History. He gained his PhD at the University of York, before spending a year as a postdoctoral fellow at the University of Sydney. An interdisciplinary scholar, his research focuses on the literature and history of Britain in the long eighteenth century, paying particular attention to questions of landscape, class, popular politics, the emotions, and the senses. He has written essays on a wide range of topics, including plebeian poetry, religious enthusiasm, ideas of poverty, landscape gardening, the colonial soundscape, and radical print culture. His teaching has also been recognised by several university and national awards, including most recently an Australian University Award for Teaching Excellence. Peter is the co-editor of Sound, Space and Civility in the British World, 1700-1850 (2019) and Politics and Emotions in Romantic Periodicals (2019). His major project explores changing attitudes to sound, noise and quietness in a variety of Enlightenment and Romantic discourses, from political economy to picturesque tourism. Bringing much of this research together, he is currently completing a monograph entitled Silencing the Poor: Soundscape, Landscape and Society in Britain, 1700-1830. In addition, with Jock Macleod and William Christie, he is working on another project, The Emotional Register of Liberal Culture in the Long Nineteenth Century, funded by the Australian Research Council.