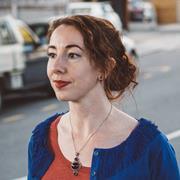 Are you Natalie Osborne?

Natalie Osborne is a Lecturer in the School of Environment at Griffith University, teaching and researching in the areas of urban and environmental planning and critical human geography. Her work focuses on social, spatial, and environmental justice in cities, spatial politics, and the right to the city. She has conducted research in the areas of activism and disasters, climate change adaptation and intersectional feminist theory, mine closure and transition planning, transport justice and mobilities, emotional geographies, and unspeakable planning problems. She has a particular interest in community-based participatory action research, working with community groups, radical and activist organisations and marginalised peoples. She is currently engaged in collaborative action research with the grassroots organisation Right to the City-Brisbane, of which she is also a co-founder. Natalie also regularly appears on 4ZZZ 102.1FM, a Brisbane-based community radio station, as a co-producer and co-host of the program Radio Reversal. This conversational show explores everyday matters and politics using critical theory and philosophy.