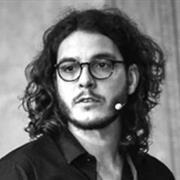 Are you Eric Cavalcanti?

I am a theoretical physicist exploring the fundamental nature of the quantum world from a quantum information perspective. My research expertise includes quantum information theory, foundations of quantum mechanics, quantum atom-optics, probability and decision theory, causal networks, philosophy of physics, among other topics. After my PhD at the University of Queensland in 2008 I have obtained a (single-CI) ARC Discovery grant and associated Postdoctoral Research Fellowship, undertaken at Griffith University, followed by a Discovery Early-Career Researcher Award at The University of Sydney. I have spent a year between 2013-2014 as a Visiting Scholar at Oxford University. I am currently a faculty member and ARC Future Fellow at Griffith University. My peer-reviewed publications include prestigious journals such as Nature Physics and Physical Review Letters, and my work has been featured in international media, including The New York Times, Nature News and New Scientist. I have organised three international conferences on the foundations of quantum mechanics, and have been invited to present my work in conferences on all continents. I am a Founding Editor for Quantum, a free and open-access journal for quantum science, providing a new model for scientific publication. I am a member of the Australian Institute of Physics and the Optical Society of America. During my undergraduate and Master degrees, I worked as an experimentalist in the fields of biophysics and atomic collisions, leading to several publications. After my Master and before my PhD, I worked for 1 year as a technologist for the Institute of Radioprotection and Dosimetry at the National Nuclear Energy Commission, developing software and systems for external radiation dosimetry.