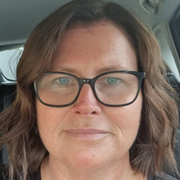 Are you Deanne Skelly?

I was awarded my PhD in Cellular Physiology from the University of South Australia in 2000. My PhD characterising the role of the carboxyl terminus of the skeletal muscle chloride channel, ClC-1, was undertaken at the University of South Australia, under the mentorship of Prof Alan Bretag. During this time, I also developed a key method in our group which was associated with mutagenesis of the chloride channel. This highly collaborative project brought together scientists from University of South Australia and University of Adelaide, with strengths in cell biology and electrophysiology, respectively. Following my PhD, in 1999 I was recruited to the prestigious Johns Hopkins University (Baltimore, USA), School of Medicine, to work with Prof Bill Guggino, who is the current head of the Department of Physiology at Johns Hopkins. My appointment (1999-2002) was research focused, and during my three years at Johns Hopkins, I was the first to characterise a protein-protein interaction that modulated the renal chloride channel ClC-5. This study formed the basis for my international reputation in the field of modulating of protein handling by the kidney, via a complex of proteins scaffolded by the NHERF proteins. Being immersed in this world class research institution enabled me the opportunity to see firsthand emerging and highly novel research techniques, and the potential capacity to undertake interdisciplinary research. In addition, I also was recruited to teach a Masters in Biotechnology subject at Johns Hopkins University. Following this, I was recruited by Prof Phil Poronnik, to continue my research at the University of Sydney , and then the University of Queensland. Working with this mentor has been highly successful. Our collaboration continues to this day. Prof Poronnik uses innovative and highly visual techniques, to support his molecular biology and cellular physiology research. Support by this mentor enabled me to transition to my first academic role at University of Queensland . In 2008, I was recruited to my second lectureship (where I was promoted to Senior Lecturer in 2009) at Victoria University . During this key appointment, I established a very productive collaboration focusing on cannabinoid signalling in disease, with Prof McAinch, and this collaboration has resulted in the completion of four PhD students. Prof McAinch is a dietician, and we have used this expertise, and my own, to develop a strong research profile in cannabinoid signalling in diseases such as obesity. We use whole animal approaches, and investigate the effects of this across a number of organ systems. This collaborative relationship is continuing. Using my knowledge about obesity, during this time, I developed my research passion for leptin, and initially how it modulates renal function, especially in obesity. My research here focused on the molecular pathways by which leptin is processed by the renal epithelial cells, including the separation of the leptin and albumin within the epithelial cells. In 2012, I was recruited to University of Melbourne, Department of Physiology . I established a new collaboration in the area of the developmental programming of health and disease, with Prof Mary Wlodek, I have established myself as an international expert in the area of leptins influence on developmental programming. My team produced a number of seminal manuscripts during this time, focusing on altered leptin signalling in the rodent model of growth restriction, as well as the benefit of postnatal nutrition in reversing the phenotype. In 2016, I was recruited to Griffith University . Here I have built on my expertise in the field of developmental origins of health and disease and continued to investigate cannabinoids and their involvement in developmental programming. I successfully recruited an international PhD student, and he along with a Masters student have run a large animal study where diet modifications in pregnancy, and their effects on offspring development have been studied out to six months. These large , highly collaborative studies, have led to the development of a biobank of tissues across three ages, with future students characterising these models further and at the molecular, mechanistic level. Due to my expertise in biomedical sciences, and due to the continuing relationships with academics at Victoria University, I am currently an Honorary Associate Professor at College of Health and Biomedicine, Victoria University. This role enables me to increase my collaborations in the area of biomedicine and develop novel research partnerships. This role also involves my position on the Program Advisory committee for the Bachelor of Biomedical Sciences.