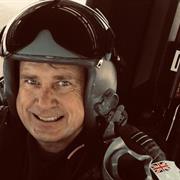 Are you Timothy Mavin?

Prior to pursuing an academic career in 2008, Dr Mavin worked for 25-years as a professional pilot. Dr Mavin has flown as a pilot with four airlines in Australia and overseas. He is one of the youngest ever Flight Operations Inspector for the Civil Aviation Safety Authority. With over 7000 hours flying Boeing 737 enabled him to become a simulator instructor for Boeing. He remains a Wing Commander in the Royal Australian Air Force today with the Defence Aviation Safety Authority, working in aviation squadrons and regiments across Air Force, Army and Navy. He has combined his extensive academic qualifications in education with over 10,000 hours of flying experience to become one of the most respected aviation professionals. Preceding Dr Mavin's doctoral studies at the University of Queensland, he completed two full years of postgraduate vocational educational qualifications. This followed his undergraduate studies in a Bachelor of Aviation for which he received the University Medal. His passion for teaching led him to study and qualify as a high school mathematics and science teacher. As a result of becoming a registered teacher, he gained valuable insight into different pedagogies of teaching. As an academic Dr Mavin has consulted with almost every major airline within the Tasman region including Qantas, Jetstar, QantasLink, Virgin Australia and Air New Zealand. He has also worked with Defence in pilot training, and the Defence Science and Technology Group (DSTG) researching and developing ab initio pilot training. Dr Mavin has published widely in performance assessment and learning across aviation, construction and medicine. The Minister for Education in the 2015 Watt Report (Review of Research Policy and Funding Arrangements) named Dr Mavin as a leading example of why it is crucial to be not only a researcher, but be a qualified and experienced professional within the field.