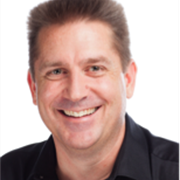 Are you Peter Morris?

Associate Professor Peter Morris is Deputy Director (Engagement) and Head of Ensembles at the Queensland Conservatorium Griffith University, where he also leads the orchestral conducting program. He regularly conducts the Conservatorium Wind Orchestra, Symphony Orchestra, Musical Theatre pit orchestras and other interesting ensemble projects that arise. Prior to immigrating to Australia in 2002, Peter performed in the US and internationally on trumpet and as a conductor in a wide variety of genres from Baroque orchestras to commercial session work in Los Angeles for film and Television. Peter completed his doctoral studies in conducting at UCLA and has held teaching positions at American universities in California, Texas and Colorado. Over the past 17 years in Australia, he has worked across a wide variety of settings from primary, secondary, tertiary, community and professional settings. He was the Director of Music at Villanova College in Brisbane for 10 years, where he also served as Artistic Director for the Queensland Catholic Schools and Colleges Music Festival. He has complemented his academic work with professional conducting activity in large-scale cultural projects and recording sessions for local film and TV. Peter often works with the Queensland Symphony Orchestra for their contemporary and collaborative WAVE projects and education concerts, and conducted the soundtrack recording to the recent Australian film 'The Second', which premiered in cinemas in 2018. Peter is an advocate for commissioning new works and re-imagining existing musical structures and has an enthusiasm for exploring exciting collaborations to create performances that matter.