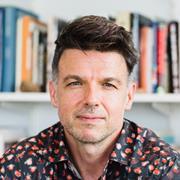 Are you Adam Brumm?

Adam Brumm is a professor of archaeology and an Australian Research Council (ARC) Future Fellow. His research focuses on the deep-time story of humans in Indonesia; especially in Wallacea, the myriad of oceanic islands lying east of mainland Asia and the gateway to the continent of Australia. In recent years Wallacea has become increasingly important to our understanding of hominin diversity and the long history of our species outside Africa. Brumm's team has made several contributions to this field, including: finding the earliest archaeological evidence for the hominin colonisation of two key Wallacean islands, Flores and Sulawesi, thus expanding our knowledge of when archaic humans first crossed east of the 'Wallace Line'; unearthing the oldest known hominin fossils on Flores (isolated teeth and a jaw fragment dating to 700,000 years ago), throwing new light on the evolutionary origins of Homo floresiensis; and the discovery and dating (with Prof Max Aubert) of 40,000-year-old cave paintings in Sulawesi, suggesting the world's oldest surviving rock art may be in Southeast Asia rather than ice age Europe as long supposed. The Sulawesi cave art discovery made the cover of Nature and was ranked by Science as one of the top-10 breakthroughs in any field of research in 2014. It also made National Geographic's list of the 20 most significant scientific discoveries of the decade. Brumm completed his PhD in archaeology (2003-2007) in the Department of Archaeology and Natural History at The Australian National University in Canberra. He undertook postdoctoral fellowships at the McDonald Institute for Archaeological Research (University of Cambridge) and the Centre for Archaeological Science (University of Wollongong) before coming to Griffith University in 2014. He previously held an ARC Discovery Early Career Researcher Award (DECRA) and was co-chief investigator on a 5-year ARC Discovery project aimed at unravelling the evolutionary origins of Homo floresiensis. At Griffith University, Brumm has led the Archaeology research theme in the Australian Research Centre for Human Evolution since 2016 and is co-director of the ARCHE Archaeology Laboratory. He has received research excellence awards from both Griffith University and the University of Wollongong and has twice won the Ulm-Ross Prize for best paper in the journal Australian Archaeology. In 2019 he was elected a Fellow of the Society of Antiquaries of London.