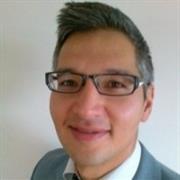 Are you Andreas Chai?

Andreas Chai is an Associate Professor in Economics. He is an applied micro-economist and has an extensive track record in skill shortages analysis, completing for a number of clients including APEC, the United Nations, various Queensland government departments. He has worked in public policy with the Commonwealth Treasury (Canberra) and the Productivity Commission (Melbourne). Other clients include the Commonwealth Department of Foreign Affairs and Trade, The French Ministry of Education, the Australian National Climate Change Adaptation Facility Grant, Intellectual Property Australia. He has published in the Journal of Economic Perspectives and the Cambridge Journal of Economics.