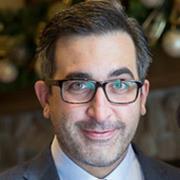 Are you Jesse Cale?

Jesse completed his PhD in Criminology in 2010 from Simon Fraser University in Canada and was awarded the Governor General of Canada Academic Gold Medal for his doctoral research on the development of sexual aggression over the life-course. Jesse lectured in criminology at various universities in Canada and also worked as a research and policy analyst for the provincial government of British Columbia prior to moving to Australia in 2010 when he was awarded a three year Research Fellowship in the Key Centre for Ethics, Law, Justice and Governance at Griffith University. In 2013 he was appointed as a Lecturer in the School of Social Sciences at UNSW Sydney, and in 2017 was appointed as a Visiting Scholar in the Institute of Criminology at the University of Cambridge. Jesse joined the School of Criminology and Criminal Justice at Griffith University as an Associate Professor in 2019. His main areas of research interest are sexual offending, developmental and life-course criminology, victimisation and victimology, crime prevention and criminal justice policy.