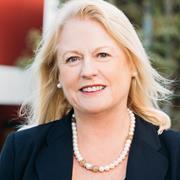 Are you Wendy Moyle?

Professor Wendy Moyle is Program Director, Healthcare Practice and Survivorship Program (HPS) (4 Research Groups) in the Menzies Health Institute Queensland at Griffith University, Brisbane, Australia. She is also Professor of Nursing in the School of Nursing and Midwifery, Griffith University. She was, until recently, a research partner and leader in the National Dementia Collaborative Research Centre (DCRC) – Consumers and Carers, where the focus of her work was on the impact of social engagement and quality of life of people with dementia, families and carers. Wendy’s research expertise is in dementia, depression and delirium. She has focused her research on finding evidence for best practice in the care of older people and, in particular, those with dementia, and improving quality of life, and evidence for managing behavioural and psychological symptoms of dementia (BPSD) using controlled trials to test psychosocial interventions. She has a keen interest in technologies and, within a social robotics laboratory, she develops and evaluates assistive technologies and social robots. She works with a multidisciplinary team of researchers from Australia and internationally, in particular from the UK and Japan. She is internationally recognised for her research. In 2012, she was invited to be one of 12 international members (and the only nurse) on the World Health Organization (WHO) Consultation Group on the Classification of Behavioural and Psychological Symptoms in Neurocognitive disorders for ICD-11. She has a well-established publication and research grant record, and has achieved several awards in recognition of her teaching, supervision of higher degree students, and research, as well as two International Women’s Day Awards, an International Nurse Researcher Hall of Fame (Sigma) for her research (2019) and recognised by Robohub as one of 30 women in robotics globally you need to know in 2019. Her research features widely in the media with, to date, 14 television appearances, and over 132 radio and social media interviews.