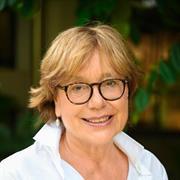 Susanne Karstedt is a Professor in the School of Criminology and Criminal Justice since 2015. Before she joined the School, she held Chairs in Criminology at Keele University and the University of Leeds, UK. She left her native Germany in 2000, where she had research and teaching positions at the Universities of Bielefeld and Hamburg. She trained as a sociologist at the University of Hamburg, and already during her studies discovered criminology. Her early research in Germany was on youth crime and diversion, deterrence and historical and gender studies. Since the 1990s, her research moved on towards a strong focus on cross-national and cross-cultural comparisons of both crime and justice. A particular interest of Susanne is the exploration into the ways how democracy, its values and institutions shape violence, corruption, state crime and prison conditions. Her other research interests include atrocity crimes and transitional justice; she brings a strong historical perspective to this topic, and often uses the backdrop of the Holocaust to explore contemporary problems. She is widely known for work on emotions, crime and criminal justice, and has published articles and an edited book on these topics. She has published more than 20 books and journal issues, and nearly 200 articles in journals and edited collections on a range of topics, both in English and German, with translations into Spanish, Portuguese, French and Russian. She was the Director of Scientific Commission of the International Society of Criminology, and served on Research Council Boards in Belgium and Germany. Presently, she is one of the co-chairs of the European Criminology Group on Atrocity Crimes and Transitional Justice. In 2018 she was elected as a member of the Jury for the Stockholm Prize in Criminology. She was an editor of the British Journal of Criminology, and of Criminology and Criminal Justice, and is a member of numerous editorial boards. She was a Visiting Fellow/ Professor at the Australian National University, American Bar Foundation, Catholic University Leuven, Belgium, the Institute of Criminology, University of Cambridge, and the Law Faculty of the University of Hamburg. Susanne has taught on all levels and on a range of subjects. Her international teaching includes international Master courses at the International Institute of the Sociology of Law, Spain, and at VU Free University Amsterdam; she has taught research classes to PhD students. For her scientific work she received the Christa Hoffmann Riehm Award for Socio-Legal Studies of the German Law and Society Association, the Sellin-Glueck Award of the American Society of Criminology, the Award of Excellence of the University of Maribor (Slovenia), and the International Award of the Law and Society Association. In 2018 she received the European Criminology Award, and in 2019 the Freda Adler Award of the Division of International Criminology of the American Society of Criminology. Susanne is a member of the Jury for the Stockholm Prize in Criminology since 2018.