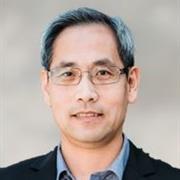 Are you Shu Kay Angus Ng?

Dr Angus Ng is a Professor of Biostatistics in the School of Medicine, Griffith University. He was awarded his PhD degree in statistics from the University of Queensland in 1999. Dr Ng is an experienced researcher, with expertise in the fields of biostatistics, statistical modelling, cluster analysis, pattern recognition, machine learning, image analysis, and survival analysis. In these areas, he has more than 100 publications. The focus in the field of statistical modelling has been on the theory and applications of finite mixture models and on estimation via the EM algorithm. In his pioneering work on mixture model-based clustering of longitudinal data, he has elucidated a clear vision for the role of random-effects models to provide a sound theoretical framework for classifying correlated longitudinal data and exploring possible relationships among groups of correlated subjects. Dr Ng was awarded six ARC grants and has been actively involved in multidisciplinary research projects, NHMRC research projects, as well as consultancy and Government contracts. He is also a researcher with the Centre for Applied Health Economics (CAHE) and is an Associate Editor of the Journal of Statistical Computation and Simulation.