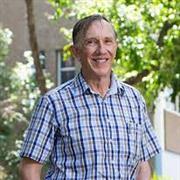 Are you Ross Homel?

Ross Homel, AO is Foundation Professor of Criminology and Criminal Justice at Griffith University in Brisbane, Australia. Professor Homel has published three monographs and six edited books, as well as more than 150 peer-reviewed papers and numerous high impact government reports. He has won many awards for his research on the prevention of crime, violence and injuries and the promotion of positive development and wellbeing for children and young people in socially disadvantaged communities. His accomplishments were recognised in January 2008 when he was appointed an Officer in the General Division of the Order of Australia (AO) 'for service to education, particularly in the field of criminology, through research into the causes of crime, early intervention and prevention methods.' In May 2008 he was recognized by the Premier of Queensland as a 'Queensland Great', 'for his contribution to Queensland's reputation for research excellence, the development of social policy and justice reform and helping Queensland's disadvantaged communities.' In December 2008 he was shortlisted for 2009 Australia of the Year, in 2009 he received a Distinguished Service Award for Alumni, Macquarie University; in 2010 he received the Sellin-Glueck Award from the American Society of Criminology for criminological scholarship that considers problems of crime and justice as they manifest outside the United States; and (with Dr Kate Freiberg and Dr Sara Branch) won the Norman Smith Publication in Social Work Research Award for the best paper in Australian Social Work in 2014. He has served as Director of the Key Centre for Ethics, Law, Justice and Governance, he was founder and director of the Griffith Institute for Social and Behavioural Research (now the Griffith Social and Behavioural Research College); he has served as Head of the School of Criminology and Criminal Justice; as a Commissioner of the Queensland Criminal Justice Commission; and in the early 2000s worked with Fiona Stanley and others to establish the Australian Research Alliance for Children and Youth and its associated ARC research network. He is a former Board member and Vice-President of the Council for Humanities, Arts and Social Sciences, and is a Fellow of the Academy of Social Sciences and former member of the Academy executive committee.