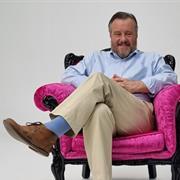 Are you Paul Burton?

I trained as a planner at the Polytechnic of the South Bank in London, graduating in 1979 with a Bachelor of Town Planning with Honours. I worked as a planning officer with the London Borough of Richmond upon Thames before joining the School for Advanced Urban Studies at the University of Bristol to carry out research for my PhD on the redevelopment of London's Docklands. I remained at the University of Bristol as a Research Associate, Research Fellow, Lecturer and Senior Lecturer in the School for Advanced Urban Studies and subsequently the School for Policy Studies, working on a variety of projects, including the implementation of equal opportunities policies in the Youth Training Scheme, the development of UK urban policies and programmes and a major comparative study of living conditions in European cities. I served as Dean of Undergraduate Studies in the Faculty of Social Sciences, with primary responsibility for widening participation in higher education among undergraduates, and then took on the role as Head of the School for Policy Studies. In 2007 I moved to Australia to take up a Chair in Urban Planning and Management at Griffith University, working closely with the City of Gold Coast. I became Deputy Director of Griffith's Urban Research Program and inaugural Director of the Cities Research Centre and then the Cities Research Institute in 2017. I also served as Acting Director of the Griffith Climate Change Response Program in 2012/13. Throughout my academic career, I have been interested in the relationship between research, policy and practice and committed to the notion of engaged scholarship.