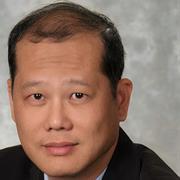 Nam-Trung Nguyen received his Dip-Ing, Dr Ing and Dr Ing Habil degrees from Chemnitz University of Technology, Germany, in 1993, 1997 and 2004, respectively. The habilitation degree (Dr Ing Habil ) is the respected qualification for a full professorship in Germany. During his 10 year stay in Germany, he also worked for Robert Bosch GmbH, the industry leader in micro electromechanical systems (MEMS) for automotive applications. He contributed to the development of the MEMS-based fuel injection systems as well as sensing systems for pressure and mass flow rate. In 1998, he was a postdoctoral research engineer in the Berkeley Sensor and Actuator Center (University of California at Berkeley, USA). Prof Nguyen is the First Runner Up of Inaugural ProSPER.Net-Scopus Young Scientist Awards in Sustainable Development in 2009 and the Runner Up of ASAIHL-Scopus Young Scientist Awards in 2008. He is a Fellow of ASME and a Member of IEEE. His research is focused on microfluidics, nanofluidics, micro/nanomachining technologies, micro/nanoscale science, and instrumentation for biomedical applications. He published over 410 journal papers and filed 8 patents, of which 3 were granted. Among the books he has written, the first, second and third editions of the bestseller 'Fundamentals and Applications of Microfluidics' were published in 2002, 2006 and 2019, respectively. His latest book 'Nanofluidics' was published in 2009. The second edition of the bestselling book 'Micromixer' was acquired and published by Elsevier in 2011 As of October 2019, his works were cited over 19,000 times with an H-index of 65 (Google Scholars).