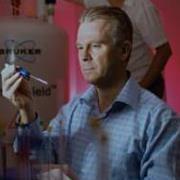 Are you Mark von Itzstein?

Professor von Itzstein is the Director of Griffith University’s Institute for Glycomics which is the only one of its kind in the southern hemisphere and only one of a few in the world. The Institute’s researchers collaborate with leading scientists around the globe to build a critical mass around carbohydrate-based research in areas of clinically significant diseases. Professor von Itzstein has a major research effort in the area of drug discovery focused on influenza and other viruses, drug-resistant bacteria and cancer.  He has international standing in glycoscience and drug discovery particularly in the area of anti-infective drug discovery.