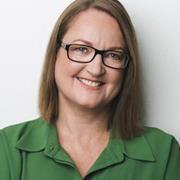 Are you Katherine Andrews?

Professor Kathy Andrews is the Director of the Griffith Institute for Drug Discovery (GRIDD) at Griffith University. At GRIDD, she also leads the Tropical Parasitology laboratory with a focus on the development of new drug leads for malaria prevention and treatment and the identification of novel antimalarial drug targets. Kathy has a PhD in microbiology and more than 20 years’ experience in malaria research. She has carried out research at national and international institutions including working on malaria vaccines and pregnancy associated malaria at the Queensland Institute of Medical Research (QIMR) and as an Alexander von Humboldt Fellow at Heidelberg University in Germany. Following her return to Australia, Kathy led research at the Queensland Institute of Medical Research (QIMR) Berghofer developing a successful program focused on malaria drug discovery. In 2008, Kathy’s achievements were recognised by an ASMR Queensland Premiers’ Award for Medical Research. In 2009, she won a highly competitive Australian Research Council Future Fellowship to continue her work at Griffith University. Kathy has published >95 papers, supervised >25 PhD and Honours students to completion and has attracted more than $8 million in biomedical research funding, including leading three Australian National Health and Medical Research Council (NHMRC) Project grants in the past five years. Kathy collaborates nationally and internationally with biologists and chemists from both academia and industry including with Australia’s national science organization, the CSIRO, and the global malaria drug development organization, the Medicines for Malaria Venture. In 2019, Kathy was awarded the Life Sciences Queensland Women of Influence Award and in 2017 she received the Queensland Women in Technology Life Sciences Research Leader Award. Kathy is a past Director of the Australian Society for Medical Research and past Executive Council member of the Australian Society for Parasitology. Kathy is a STEM engagement advocate and is passionate about being a woman in STEM role model and promoting other women in STEM. She is the founder and Director of the That’s RAD! Science STEM outreach project. As part of that project she authored a book on parasites and has supported three other women in STEM to write books on nanotechnology, forensic science and protein crystal science. To date, >6,000 That's RAD! Science books have been given out to children and libraries in Queensland and Australia.