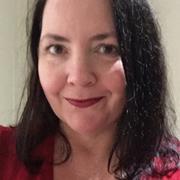 Are you Jacqueline Ewart?

Professor Jacqui Ewart's research focuses on communication across various phases of disasters and the involvement of politicians in disasters. She also researchers news media representations of various minority groups including Muslims and Indigenous Australians. She has undertaken extensive research into radio audiences including talkback and community radio audiences . Professor Ewart has held nationally competitive funding including $1.26 million for the award winning Reporting Islam Project in which 1000 journalists, journalism educators and journalism students were trained in how to be more informed when covering stories about Muslims and their faith. A series of resources including tip sheets and training modules were produced as part of that project and they can be found at https://reportingislam.org/ She has authored, co-authored and edited five books and another two co-authored books will be published in 2020. Professor Jacqui Ewart was a journalist and media manager for more than a decade. She has worked as an academic for the past 22 years.