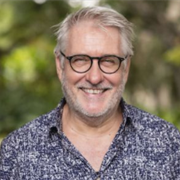 Are you Herman Van Eyken?

Herman van Eyken has a background in script writing, producing and directing. He has directed more than 190 films – shortlisted within international competition of leading film festivals such as Cannes, New York, Montreal and Vienna. Many of his films have received top awards in their respective category. His feature film has been released in more than 10 countries, including Australia, Canada, France, Italy and Taiwan. Herman’s research interests lay in the area of film policies, cross cultural collaboration and film training needs for professionals. He’s Project Chair and curator for a research pilot project (DVD - 600 min. of interviews with foremost filmmakers from Europe and the Asia-Pacific region) called Lessons in film (Cilect - The International Association of Film and TV Schools). He has served on the jury of several international competitions.