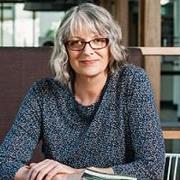 Are you Fiona Paisley?

Fiona Paisley is a cultural historian who studies the history of human rights and the politics of race and gender in a variety of early twentieth century imperial and colonial settings. Her focus is on the ways in which Europeans and Indigenous peoples have separately and sometimes in cooperation debated the morality of settler colonialism in Australia and the Pacific, and sought to deploy new ideas within liberal internationalism, the social sciences, and decolonization to the settler colonial question in the first half of the twentieth century .