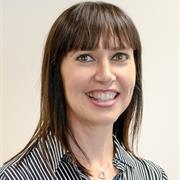 Are you Elena Marchetti?

Professor Elena Marchetti is a Professor of Law in the Griffith Law School, Griffith University, and a member of the Griffith Criminology Institute and Law Futures Centre at Griffith University. She is also the Deputy Chair of the Queensland Sentencing Advisory Council. Elena completed her PhD in 2005 on how the Royal Commission into Aboriginal Deaths in Custody considered the experiences of Aboriginal and Torres Strait Islander women whose deaths in custody were investigated by the Royal Commission. Since completing her PhD she has been the recipient of two prestigious Australian Research Council Fellowships: an Australian Research Fellowship that considered the impact of using Indigenous sentencing courts for partner violence offending; and a Future Fellowship that aims to explore different ways of evaluating Indigenous-focused criminal justice programs. She is the author of a number of articles, chapters and reports in the areas of Indigenous justice, Indigenous sentencing courts and intersectional race and gender analyses of legal processes. Her book titled Indigenous Culture, Courts and Partner Violence was published by Palgrave Macmillan in 2019.