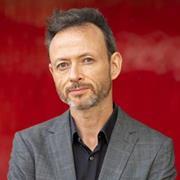 Are you Duncan McDonnell?

Duncan McDonnell is Professor of Politics in the School of Government and International Relations and Deputy Director of the Centre for Governance & Public Policy at Griffith University. He gained his PhD in Political Science from the University of Turin in 2008. Before joining Griffith in September 2014, he was a Jean Monnet Fellow and then a Marie Curie Fellow at the European University Institute in Florence. His main research interests are political parties and populism. He is a member of research teams that currently hold over 1 million AUD in funding from the Swedish Research Council and the Australian Research Council for long-term projects on youth wings in Europe, on the relationships between populist and mainstream parties, and on Indigenous involvement in Australian political parties. He is currently working on a book about youth wings in Australia. McDonnell has also written extensively on right-wing populism. He is the co-editor (with Daniele Albertazzi) of Twenty-First Century Populism (2008), the co-author (with Albertazzi) of Populists in Power (2015) and the co-editor (with Nadia Marzouki and Olivier Roy) of Saving the People: How Populists Hijack Religion (2016). His most recent book, co-authored with Annika Werner, is International Populism: The Radical Right in the European Parliament (2019), published in the UK by Hurst and in the US by Oxford University Press. Since joining Griffith, he has published in leading journals, including European Journal of Political Research, Journal of European Public Policy, Journal of Common Market Studies, Democratization, and Political Studies. He tweets at @duncanmcdonnell