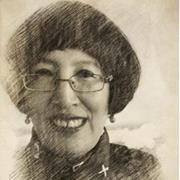 Are you Deborah Cao?

Deborah Cao is a professor at Griffith University, Australia. She is a leading scholar in the world in the areas of animal law and regulations and animal ethics and welfare in China and of Chinese legal language, legal semiotics, legal translation and Chinese law and legal language and culture. She is also active in social media in China and writes about Chinese culture, society and animals, and was named one of the 200 most influential bloggers in China in 2012. She is the editor of the International Journal for the Semiotics of Law and an editorial board member of various international journals in animal studies and legal language and legal translation studies. She is a legal scholar and a linguist. Her books include Chinese Law: A Language Perspective (2004), Interpretation, Law and the Construction of Meaning (co-edited book, 2007), Animals are not Things (2007 in Chinese), Translating Law (2007), Animal Law in Australia and New Zealand (2010), Animal Law in Australia (2015), Animals in China: Law and Society (2015), and Chinese Language in Law: Code Red (2018). Her recent edited books: Animal Law & Welfare: International Perspectives (2016) and Scientific Perspectives to Farm Animal Welfare (2018, in Chinese). Major literary translation work includes Voices from the Whirlwind: An Oral History of the Chinese Cultural Revolution by Feng Jicai (1991), translated by Deborah Cao and Lawrence Tedesco, published by Random House.