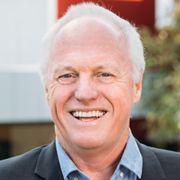 Are you David Lloyd?

David is a Biomechanical Engineer in the School of Allied Health Sciences, Griffith University, Australia. He has a BSc (Merit) (1984) in mechanical engineering from the University of New South Wales (UNSW), Australia, and first worked in the aeronautical industry. He then completed a PhD in Biomechanical Engineering (UNSW, 1993) after which he received a prestigious NIH Fogarty International Post-doctoral fellowship (1993-1995) in computational biomechanics and neurophysiology at the premier Rehabilitation Institute of Chicago and Northwestern Medical School. David is currently Director of the Griffith Centre of Biomedical and Rehabilitation Engineering (GCORE), Menzies Health Institute Queensland. GCORE is an alliance between Griffith University, the Gold Coast University Hospital and other hospitals on the Gold Coast and in Brisbane. David was co-founder of Griffith’s Advanced Design and Prototyping Technologies Institute (ADaPT), and leads ADaPT Medical. He has supervised 43 PhD’s to completion, and published more than 250 fully refereed scientific articles (>15000 citations, h-index 63, in Google Scholar), with over 320 refereed conference abstracts. David’s research has received more than $AUD26.5 Million in funding, yielding many honours and awards that include an elected Fellow of the International Society of Biomechanics, recipient of the 2020 Geoffrey Dyson Award by the International Society of Biomechanics in Sport, and ranked the 2019 Field Leader in Biophysics in Australia. David and team have developed computer simulation methods to study the causes, prevention, and management of various neuromusculoskeletal conditions. These methods and technologies are now being adopted worldwide in laboratories, orthopaedics and neurorehabilitation industries. David and team are currently developing accurate personalised digital twins of humans and devices that operate in real-time by combining data from laboratory-based instrumentation, multimodal medical imaging and wireless wearable devices. These technologies are being applied to a range of medical diagnostics and devices including personalised surgical planning, implant design and manufacture, and assistive devices.