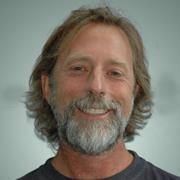 Are you Anthony Carroll?

Prof Carroll undertook undergraduate and PhD studies at the University of Sydney graduating with BSc (hons) first Class (1985) and PhD (1989). After completing Postdoctoral Research at the University of Hawaii (1989) and at James Cook University (1990-1993), Prof Carroll moved to Griffith University to head the natural products chemistry group at Griffith University’s Natural Product Drug Discovery joint venture collaboration with the multinational pharmaceutical company AstraZeneca (AZ) (1993-2007). This project was the single largest non-government investment in research and development within an Australian University, with a cumulative investment by AZ of over AUS $100 million in GU research. Over the 14 year period of the AZGU joint venture this period of his career provided opportunities for him to develop world leading expertise in the application of a diversity of modern analytical chemistry and spectroscopic analysis techniques (particularly chromatography, 2D NMR and mass spectrometry) used to identify complex organic molecules and this culminated in the design and implementation of methods for high throughput extraction, purification and structure determination of new drug leads from plants, insects, microbes and marine organisms. He was deputy director of the research centre from 1998-2007. When the AZGU collaboration ended in late 2007 Prof Carroll moved to the School of Environment at GU on the Gold Coast where he took up a traditional balanced profile academic position. In 2010 Prof Carroll was appointed Deputy Head of School (DHoS) a position he held until April 2015. He was promoted to Professor in late 2012. It was only in 2010 that Prof Carroll’s tenure was converted to a continuing appointment. Upon moving to the Gold Coast Prof Carroll established a new independent research group (through recruitment of HDR students) and invested in research facilities from funding obtained mainly from commercial research projects. Since Biodiscovery is an area of research not traditionally funded through national competitive grants, Prof Carroll has focused on obtaining biodiscovery funding from industry partners and has successfully obtained over $600 000 since 2009. Competitive grant funding has also been obtained for projects in catchment resilience (ARC Linkage), chemotaxonomy (ABRS), water security (SEQwater) and chemical ecology (JCU-GU collaborative grant) in collaboration with colleagues at the Queensland Museum, Ludwig Maximilians University, Germany, Queensland Health, James Cook University and University of Queensland. Prof Carroll has also formed strong research links with colleagues within the School, University and institutions in Australia and overseas (USA, Germany and Thailand). Prof Carroll has supervised 24 PhD students, 20 postdoctoral fellows, 16 research assistants and 32 honours students to completion. He has large research group that currently comprises one research fellow, 11 HDR and one honours students.