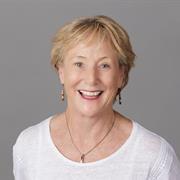 Are you Amanda Wheeler?

Amanda Wheeler is Professor of Mental Health at Griffith University. She is a registered pharmacist who has worked as a health practitioner, educator and researcher in mental health and pharmacy practice for over 20 years. She is nationally and internationally recognised for her expertise in these areas. Her research focuses on quality improvement, professional practice, workforce development and capacity building. These themes come together with the common goal of improving outcomes for consumers and carers and are integrated across the full scope of her work. Professor Wheeler was awarded her PhD late in her professional career (in 2009) whilst working full-time and followed a non-traditional career path, establishing a highly successful research centre in a public health service in NZ that she directed for over 10 years. The centre was primarily self-funding from the award of competitive and consultancy research grants of over $2.5 million NZD. Since moving to Australia in December 2010 Professor Wheeler's international profile and reputation has contributed to ongoing success in securing highly competitive national research funding with five major grants totalling almost $12 million. Significant practice changes resulting from Professor Wheeler's work have included: development and validation of a consumer outcome tool that has been incorporated by the New Zealand Ministry of Health as part of the national suite of outcome measures in mental health services; development and implementation of best-practice guidelines for the use of the antipsychotic clozapine which were recommended by the New Zealand Coronial Services in 2010 to be made available nationally; development and implementation of an audit and feedback cycle for antipsychotic use in schizophrenia that led to sustained, evidence-based changes in prescribing practice; and development and evaluation of an online mental health continuing education programme for more than 600 Australian community pharmacy staff.