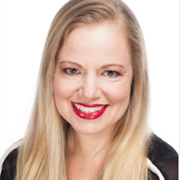 Are you Karin Schaupp?

Karin Schaupp is one of the most outstanding guitarists on the international scene. She performs widely on the international stage as a recitalist, concerto soloist and festival guest, and has given countless recitals in Australia, Europe, Asia, the US, Mexico and Canada. Karin’s playing receives the highest acclaim from critics and audiences alike and she is held in great esteem by her peers worldwide. Her unique stage presence and magical, passionate playing have inspired several composers to write works especially for her. Karin’s guitar training began at the age of five and she first performed in public the following year. While still in her teens she won prizes at international competitions in Lagonegro, Italy and Madrid, Spain, where she was also awarded the special competition prize for the Best Interpretation of Spanish Music. Taught almost exclusively by her guitarist mother, Isolde Schaupp, Karin completed her tertiary music studies at The University of Queensland with First Class Honours, a Masters degree and was the recipient of a University Gold Medal. In 2003 she was awarded the Music Council of Australia Freedman Fellowship in recognition of her achievements, and in 2013 was awarded the prestigious Music Fellowship (2014-2015) from the Australia Council for the Arts. Karin has recorded an extensive discography for Warner Music International and ABC Classics. Her acclaimed solo debut Soliloquy (1997) for Warner Music was praised by UK Classical Guitar Magazine as "a pace-setting performance in all respects…". This was soon followed by the ARIA nominated bestseller Leyenda (Warner 1998), and then Evocation (Warner 2000), Dreams (ABC Classics 2004), Lotte’s Gift (ABC Classics 2007), and Cradle Songs (ABC Classics 2010). Her chamber music collaborations have also led to a number of recordings including three albums with the ARIA award winning ensemble Saffire, The Australian Guitar Quartet, a duo album with Genevieve Lacey (recorders), the ARIA nominated Fandango (ABC Classics 2011) with Flinders Quartet and most recently the double ARIA nominated Songs of the Southern Skies (KIN 2012) with Australian songstress Katie Noonan. Karin’s orchestral recordings include the award-winning world premiere recordings of Phillip Bracanin’s Guitar Concerto (1995 with The Queensland Symphony Orchestra), which was written for her, and Ross Edwards’ Concerto for Guitar and Strings (2004 with the Tasmanian Symphony Orchestra). Karin has also recorded Peter Sculthorpe’s Nourlangie (2005) for guitar and orchestra with the Tasmanian Symphony Orchestra, and Spain (2009 ABC Classics) featuring works by Rodrigo, Bacarisse and Castelnuovo-Tedesco with the Tasmanian Symphony Orchestra, and the choir Cantillation. Gramophone Magazine (UK) praised Spain, saying “By combining the lapidary precision of Williams with the expressiveness of Bream, Schaupp here brings us an Aranjuez fit to stand alongside the best of them…”. In 2014, ABC Classics released Karin’s Mosaic: Australian Guitar Concertos album. Karin has appeared live on television in many parts of the world: most notably performing solo to twenty million viewers and listeners in China, on the occasion of China Radio International’s 50th Anniversary celebrations and solo as part of a prestigious line-up of international artists in the opening Gala of the Goodwill Games, which was broadcast live on international television. She has also appeared on German, American and Canadian television and some of her Australian television appearances have resulted in an overwhelming response from viewers with record numbers of viewers calling in. Karin also plays regularly on radio, including numerous broadcasts of live recitals, as well as countless interviews and guest appearances. Following training at the National Institute of Dramatic Art (NIDA), The Australian Acting Academy, and most extensively, private tuition with Martin Challis, Karin has extended her performance activities to the theatrical stage. Combining her love of music and passion for acting, Karin starred in some 150 performances of Lotte’s Gift, a play written especially for Karin by David Williamson, Australia’s best-known and most prolific playwright. The work enjoyed its international premiere with a four-week season at the Edinburgh Festival Fringe in 2009. Other performance highlights include concertos with the London Philharmonic Orchestra (UK) in London’s Royal Festival Hall, the Springfield Symphony Orchestra (USA), the Queensland Symphony Orchestra, the Tasmanian Symphony Orchestra, and performances at the World Expo (Aichi, Japan), Hong Kong Arts Festival, and APEC Summit in Sydney, Australia, and her 2013 International Concert Season tour with Pavel Steidl for Musica Viva Australia. Karin is currently Head of Classical Guitar at Queensland Conservatorium, Griffith University. She has taught at undergraduate and post-graduate level at The University of Queensland and at QUT as a guitar specialist and has been invited to present guitar masterclasses at tertiary institutions around the world. She also has a special interest in stage craft and overcoming stage fright (the subject of her Master degree research) and frequently lectures on these subjects in tertiary and festival settings.