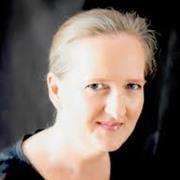 Are you Jillianne Stoll?

Jillianne graduated from Adelaide University with a First Class Honours Degree in Music Performance. After winning the S.A. State Final of the ABC Instrumental and Vocal Competition and travelling to Europe with the Australian Youth Orchestra, she joined the Music Staff at the State Opera of South Australia in 1985. In 1998, she moved to Sydney and became a Repetiteur with The Australian Opera. During the ensuing five years she worked on over 40 operas with the company. In 1991, she was awarded the Peter Mitchell Churchill Fellowship and travelled to the UK and Italy to study. Jillianne was Head of Music for Opera Queensland from 1994 to 2001 and during that time also directed their Young Artist Program. Since 2002, she has been Vocal Coach/Repetiteur for OQ's Young Artist Program and main stage productions; and from time to time has taken on the role of Guest Chorus Master and Associate Chorus Master. She also worked on Opera Australia's 2012-2017 seasons in Queensland. Jill is presently Lecturer, Opera and Professional Practice at the Queensland Conservatorium Griffith University. She has served on the Music Board of the Australia Council and performs regularly with the Queensland Symphony Orchestra.